The ‘CIS-Net powered by FastTrack’ provides a global and interconnected network of documentation tools pertaining to the identification of musical works, audio-visual works, interested parties and agreements information. 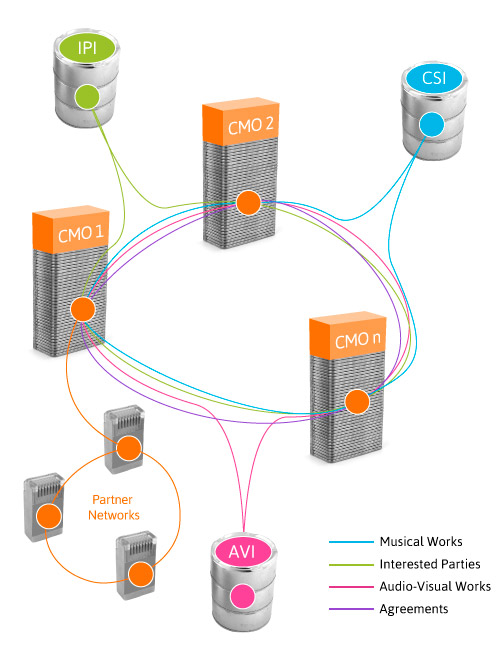 In this way, the CIS-Net assists the Shareholder societies in the timely and accurate distribution of royalties. The CIS-Net portal now provides 122 CMOs with access to metadata on more than 36,1 million single musical works and 3,7 million audio-visual works, and information on agreements and sub-publishing agreements to its CIS-Net users. It incorporates a set of international standards such as the ISWC (International Standard musical Works Code) identifier.

Today FastTrack offers a range of solutions to the community, among which the following:

One of the latest functionality delivered within CIS-Net has been to provide CIS-Net users with the ability to automatically exchange information on Live Performances: with the creation of this new tool we are now able to leverage Musical Works data to create user-friendly set lists. This also allows users to modify and re-use existing set lists as well as to create an index of musical venues, which has the potential to act as a trigger for licensing leads.

Our Cross-Industry Steering Committee recognized the need to establish a collaboration framework that includes all major communities, in order to maximize industry consensus and minimize duplication of effort.

Our Board also recommended to start with the development and the implementation of the so-called following  Cross-Industry Tools and Solutions Initiatives: